Phew! It’s fair to say 2011 has been an exciting one – not only did I have a great time illustrating A Bear Ate all the Brussels Sprouts for the iPad back in the summer, but I’ve also had the huge privilege of working with the guys at Realmac Software on yet another large scale drawing project…

Earlier in the year, Realmac asked me to illustrate one of seven T-shirt designs for their trip to WWDC in San Francisco… but little did I know they had much bigger plans for me! A few months later, I heard from them again, asking if I was interested in redesigning their full range of company Avatars (online ‘alter-egos’ for all 8 of the Realmac team) – no easy task, considering they’ve had their old characters for the best part of 5 years and all come to love them like part of the family. Oh, and not to mention the fact that they were designed by the increadibly talented Gavin Strange and instantly recognised and loved by thousands of Realmac fans and followers the world over… no pressure there then!

But, of course, I’d have to be insane to turn down an opportunity like this.

The process was understandably a lengthy one – each character needed to work just as well on it’s own as it did as part of the larger group composition – but most importantly, being a tool for self promotion and identification, I wanted to make sure everyone was 100% happy with their own character and felt comfortable with the way it represented them. It took several iterations to really nail each character down, but I couldn’t be happier with the end results. The response I’ve had from the Realmac team and their fans across the internet has been overwhelmingly positive, and I really hope everyone continues to enjoy their new faces!

I was also really pleased to be given the opportunity to chip in and help design the layout and functionality for the Realmac company page, which shows off the artwork along with biographies for each of the team. I particularly love the way the background colour shifts as you click through the characters!

Below are a couple of sketches that show how some of the characters developed through various stages, along with a few examples of the final artwork. Alternatively, you can click here to download a higher resolution wallpaper (1920 x 1200) if you want to take a closer look, or maybe even slap it on you desktop for a while if that’s the way you roll. 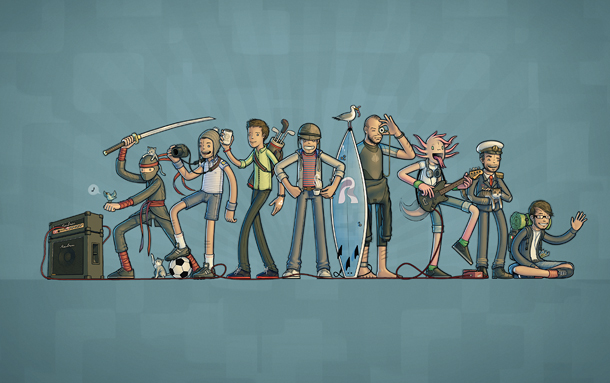 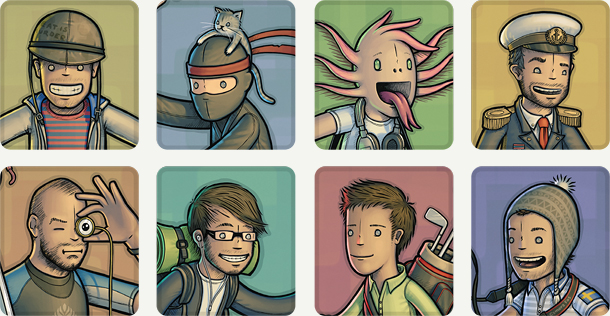 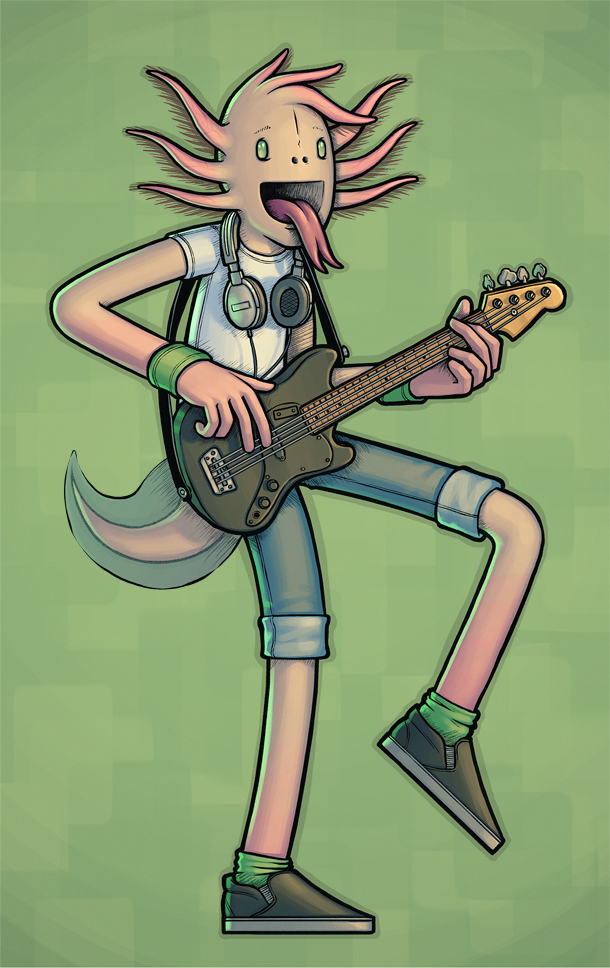 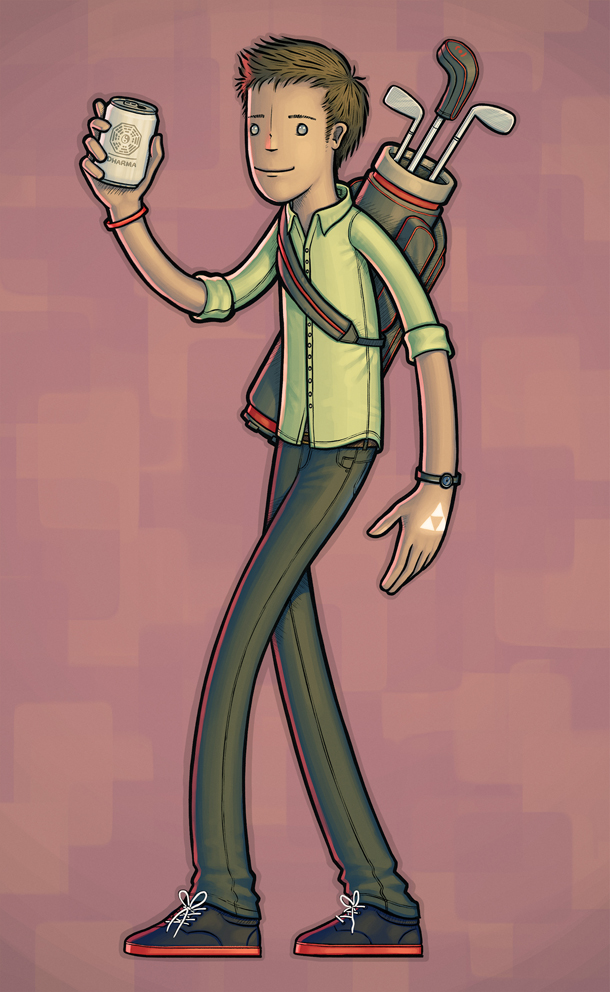 And finally, I also produced a set of ‘low-fi’ alternatives that utilised a slightly chunkier and more expressive drawing style. This started out as a bit of a personal exercise with Luke’s amphibian character, experimenting with different brush sizes/dynamics in Photoshop, but I was so pleased with results I couldn’t help but show the team – they liked it too and were up for me producing all 8 characters this way. I’ll be interested to see what uses they can find for them!