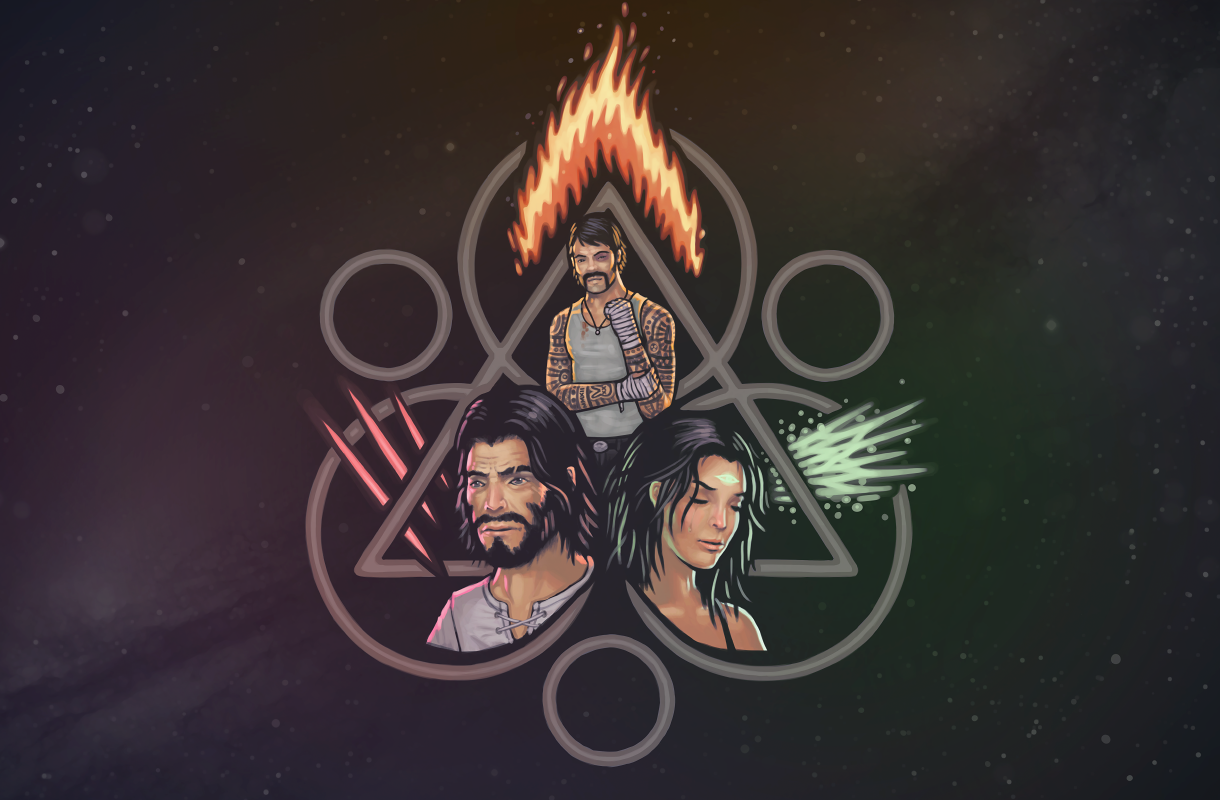 The piece above represents a bit of an experiment for me, and anyone who’s familiar with my portfolio will recognise a pretty big departure from my typical style of working. Inspiration struck, so I rolled with it :D

To explain briefly what it’s all about: I’ve been listening to a lot of Coheed and Cambria lately, and I was inspired to make some art based on the band’s music. For those who don’t know, each album tells part of an ongoing science fiction saga known as The Amory Wars, written by frontman Claudio Sanchez. I recently heard that a movie adaptation is in the works, and wanted to produce something of my own before having the story depicted for me on the big screen.

This is my own interpretation of the titular characters Coheed Kilgannon (The Beast), his wife Cambria (The Knowledge) and their ‘brother’ Jesse (The Prize Fighter Inferno). The symbol surrounding them describes the structure of their Universe, known as Heaven’s Fence. 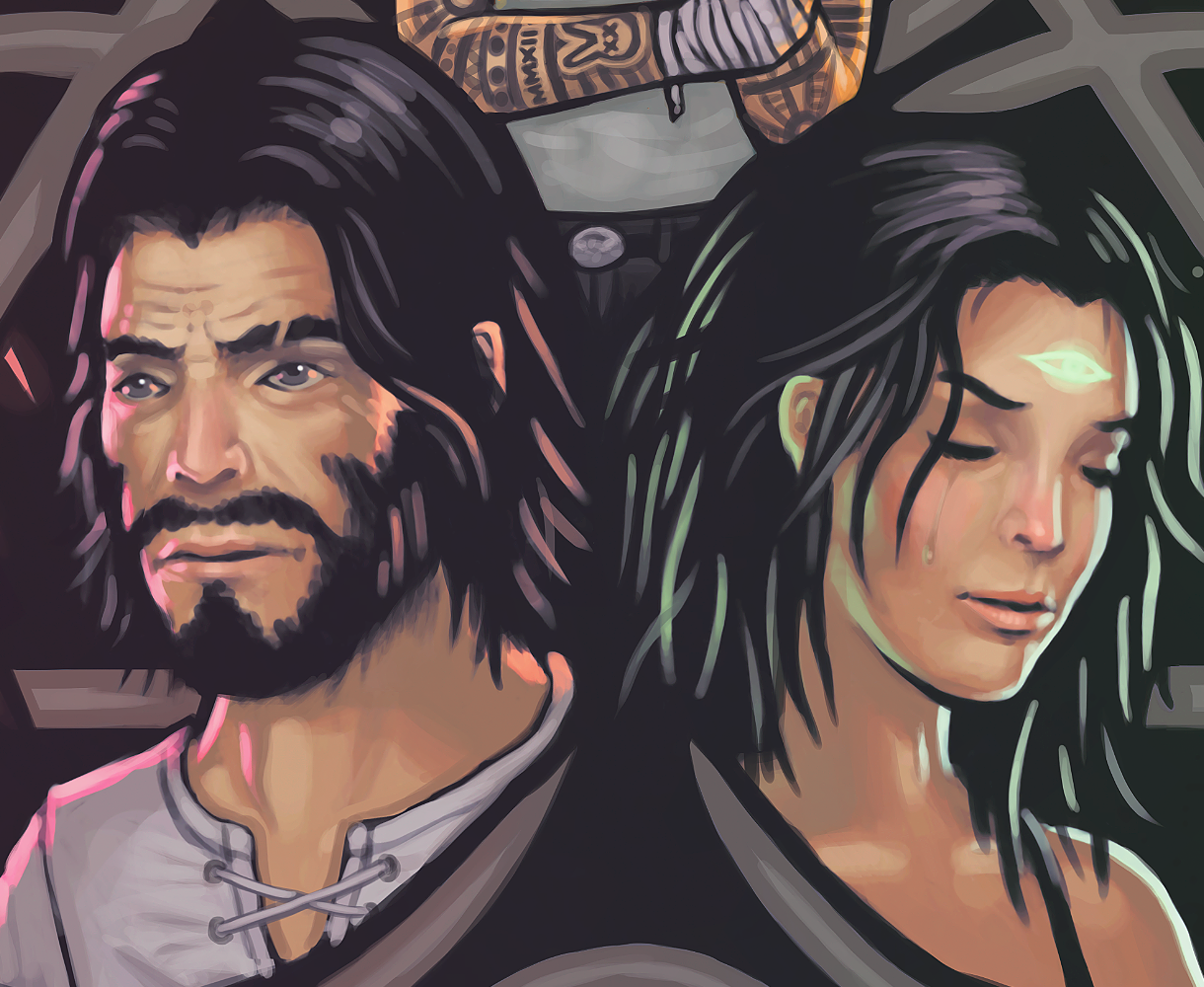 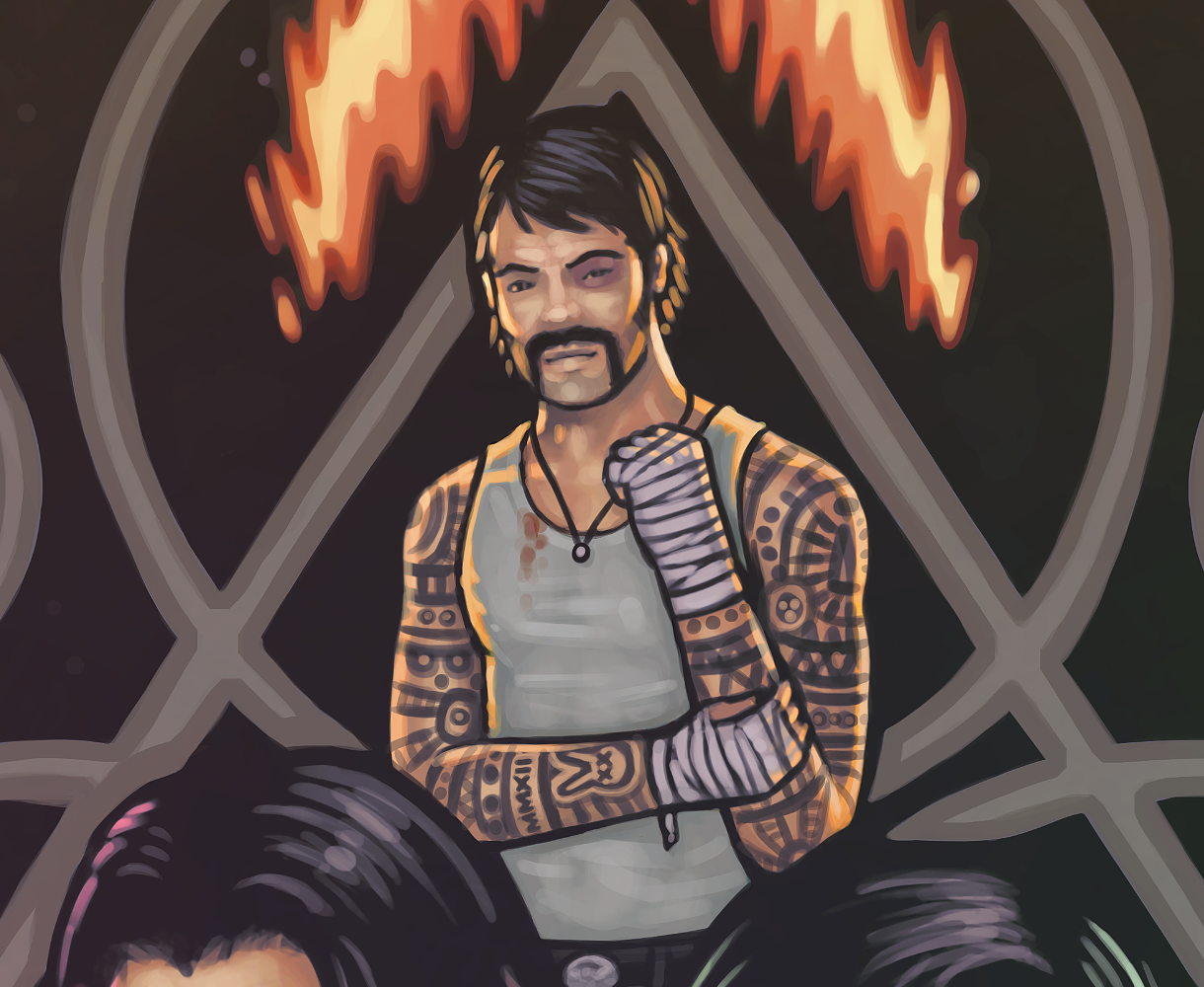